You can read Part 1 of my Celiac story HERE.

Mustering up every ounce of gumption I could afford, I worked that day knowing it was very well my last working day.  I could barely concentrate enough to have a regular conversation.  My mind was constantly changing the subject and I had to fight with everything I had to stay in reality.   I made it to lunch where a coworker was eating a prepared sandwich and took off the bun.  She offered it to me, so I naturally asked her why she didn’t want the bun of her own sandwich.  She replied that she had a disease called Celiac Disease.  “What’s Celiac Disease?” I asked.  She described the e.x.a.c.t. symptoms that I was feeling myself.  I had a spark of hope deep down in my soul.  Was this the beginning of God taking control back?  Do I have Celiac Disease…..I needed to know. 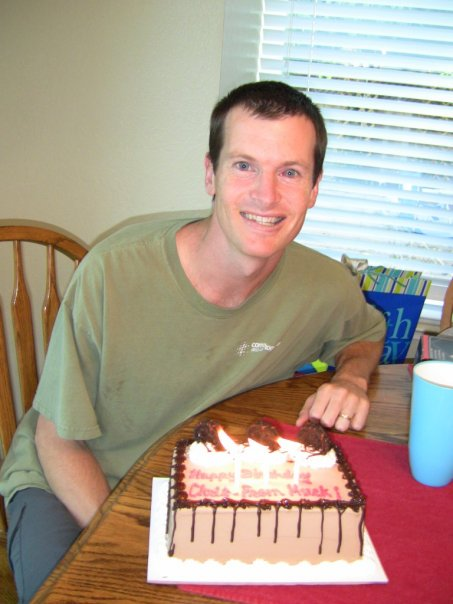 Doctors CAN be wrong. Listen to your body!

I went to my doctors appointment after work that day.  I vividly remember the Kaiser Doctor asking my symptoms and looking over my folder.  I’m not sure what is written in there, but I had a feeling I’d been labeled a crazy patient.  Doctor’s diagnosis:  Eat more fiber and there is nothing wrong with you.

STOP!  Just STOP!  I couldn’t take it anymore, there had to be something wrong with me.  “Could it be Celiac Disease?”, I asked.

“Absolutely not,” the doctor replied.  “Nobody has Celiac Disease…it’s so rare that you don’t have it…just trust me.”

“But I want a test,” I spoke a little louder.

“No, you don’t have it”, the doctor began to get perturbed.

“I don’t care, test me anyway” I forcefully said.

“No, I guarantee you don’t have Celiac Disease!”  the doctor replied emphatically.

I was tired, in pain and more than a bit ticked off…“I’m not leaving this room until you order me a Celiac Test, so call security or get me the damn test!”

The doctor replied, “Fine, but you don’t have it!”

One blood sample later, the test was complete…but what would the results be?

Instead of heading to the Emergency Room, I decided to go back home with my glimpse of hope and wait for my results.  I spent the entire night looking up Celiac Disease, what it was, what it meant, and what I would have to do it I had it.

I kept checking online to see if the results page had been updated from my blood test.   The test measures the amount of the body’s gluten auto-antibodies.  They have a max amount that the body should be producing.  Finally, the results showed up on my screen!  Not only was I at the maximum, but my number was over 500% higher than the max number allowed.   I have Celiac Disease!  I was overjoyed!  It all made sense!  Thank you God!   Soon, my life would be better!

But it wasn’t that easy…

Shanti started cooking me my own meals and I began searching for anything and everything labeled “gluten free”.  I noticed a jump in energy, a slight quelling of the pain and the beginnings of my mental issues subsiding.  It was difficult but I had hope that I would be healed.

I read that it takes 6 months to 2 years to completely heal from the damages of Celiac Disease.  That is, that’s the time it takes for the small intestine to return to normal functioning and for all the side discomforts of the disease to wither away.  So for 6 months I was hopeful, but I plateaued.  All my symptoms still existed, they were just lessened a bit.  I was still in deep pain, still suffering from an anxious mind, and still felt like my body was vibrating.

I cried out to God in anguish.

That night I read the Bible, specifically the Book of Job.  I felt his suffering.  I felt his pain.  His friends, his family, his acquaintances mocked Job…they tore him down in the midst of his anguish.  Job got angry, but it was a righteous anger.  God! Where are you?! God describes Job as “blameless and upright”, a righteous man.  Questions, and anger bounced around my head.  How could a loving God bring such misery on such a noble and upright man?  I kept reading, but I was pissed at God.  I loved God, but I was pissed at Him.  How dare God ruin the life of such a virtuous man…. I kept reading.  Job yelled at God, and in my prayer time that night, so did I.  As I got to the end of the book, I was livid.  If God allows me to suffer and die, then SCREW Him!  I loved my family too much to let God get in the way….but, I kept reading.

… And then God convicted me.  God’s response at the end of Job is priceless and exactly what I needed to hear.

“God answered Job from the eye of a violent storm. He said: ‘Why do you talk without knowing what you’re talking about? Where were you when I created the earth? Who decided on its size? Certainly you’ll know that! Who came up with the blueprints and measurements? Do you know where Light comes from and where Darkness lives? Now what do you have to say for yourself? Do you presume to tell me what I’m doing wrong? Unleash your outrage.’

Then Job replied:  ‘I’m speechless, in awe—words fail me. You asked, ‘Who is this muddying the water, ignorantly confusing the issue, second-guessing my purposes?’ I admit it.  I was the one. It was I that babbled on about things far beyond me, made small talk about wonders way over my head. I admit I once lived by rumors of you; now I have it all firsthand—from my own eyes and ears. I’m sorry—forgive me. I’ll never do that again, I promise!'”

But it was this next verse that changed things for me.  Job chapter 42 verse 10:

“After Job had interceded for his friends, God restored his fortune—and then doubled it!”

I had a problem with “pride.”  I considered myself smarter than others and God.  And I had a desire to control others and God…  But, it wasn’t until Job stopped thinking about himself and interceded for his friends that God restored him.  I needed to drop every ounce of pride, and recognize that God rules my life and NOT me!  So, I gave up.  I put my life in His hands and gave up.  I couldn’t fight this anymore, it was either God or nothing.

Time for some supernatural power!

I can’t remember why, but I took an interest in God healing my body supernaturally.  I heard of a church called The Rock of Roseville (it’s not my home church)  and it had services monthly where members used God’s power to heal the afflicted.  Afterall, Jesus healed others and so did his disciples so why wasn’t my church healing others today?  The Rock’s members were so generous, and prayed for my healing…I kinda felt bad for them.  It seemed a bit weird  and desperate.

Then a sweet, loving, sweater wearing, gray haired lady took me aside and offered to pray with me.  She said she had a “prophetic word” for me and I didn’t even know what that was.  She said God was beside me during this trial in my life.  Rather than fight against the forces in my life, she said “it’s like you’ve been in a boat rowing against the current.”  She said God was telling her to let me know that I need to “put the oars in the boat” and let God guide me.  This really hit home.  It was as if she knew what my afflictions were and I hadn’t ever talked to her.  I have no doubt that God spoke through her that night.  I have no doubt now that God was healing me  and I have no doubt that many churches today lack God’s healing power in their services.  Thank you Rock of Roseville for showing me another face of God that I was unaware of.

I met a coworker that took some interest in my hatred towards the gluten protein.  He mentioned that his son couldn’t eat corn for pretty much the same reasons.  So, I asked my Kaiser doctor about the possibility that I might be allergic to more than just gluten….I mean, if my body can’t digest the gluten protein correctly, why couldn’t it be having a problem digesting the Casein protein from dairy, or why not soy, or corn, or whatever else.  Her response was eye-opening.  My doctor actually told me that I couldn’t be allergic to those other foods, because there is no test to determine the reactions.  That is, western medicine only has a test for gluten…so it is therefore not possible to be digestively allergic to anything else in the food kingdom.

And so right there that day I had enough of my Kaiser doctor and I fired her.  My coworker had given me the name of a Chiropractor of Applied Kinesiology that diagnosed his son with a corn allergy so I decided to take a trip to visit her.  He warned me that she was a little wacky in her practice of medicine, but that she was correct regardless of her methods.

You can read Part 3 HERE.